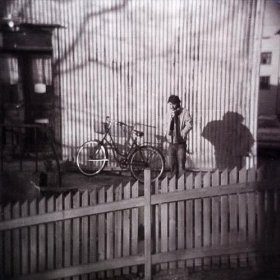 You could be excused if you tossed Leif Vollebekk into the played-out field of male singer/songwriters. A casual listen to the Montreal native’s debut album, Inland, often featuring Vollebekk and his guitar, may fail to reveal the depths of his talents.

Inland is an incredibly fluid; lyrically cribbing Bob Dylan’s off-kilter phrasing and gruff vocal style with Antony Hegarty falsetto. The interplay between his voice and guitarwork on “You Couldn’t Lie To Me In Paris” sounds so effortless, as do momentary slips into French. Meanwhile, late album highlight “Don’t Go To Klaksvik” pays homage to the Faroe Islands town and has garnered an invited to tour the Danish constituency.

Inland was recorded over a year ago and is only now getting a proper release via Nevado Records. During a recent visit to CHRY, Vollebekk revealed that he’s already writing its follow up, which will hopefully up the ante from his highly accomplished debut. – Ian Gormely