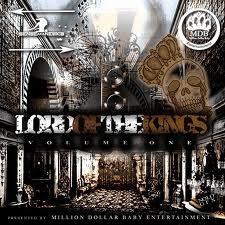 Sense aka Newkid from Brampton, Ontario has climbed the ladder of progression to this present day. When asked about his influences on his craft he gives a strict “I don’t categorize music” but instead mixes a variety of styles to form what he calls a masterpiece, and skilful expression. Sense says “You have to use your talents to express yourself, because it’s a gift that you’ve been given.”

Sense has shown improvement as an artist in his transitioning from hardcore to more commercial hip-hop. He displays the ups and downs of the musical rollercoaster but sticking to his roots he has stated that he “is not conforming to the status quo, because leaders don’t follow the pack but venture on their own.”

Lord of the Kings has a lot of highlights –  there are tracks for every genre and age group. It also establishes Sense as not a rapper outside the mainstream. As for his fans he has come to the conclusion that as long as he knows himself, his fan base will love him for being himself. Sense really wants to make a difference in the industry and create a grounded environment for his listeners. – Herve